Steve Parry, Managing Director of Ion Developments, explains the approach being explored in Birkenhead and how it can be a real asset to the Wirral

Places are about people, aren’t they – not just the fabric of the masterplan?

Regeneration schemes are often thought to be about the development of new shiny buildings and the removal of derelict or underperforming spaces. However, you can develop as many new buildings as you like but these will fail unless what is provided captures the imagination and support of local people as well as potentially new visitors to the area. Places are about people and whilst end users might be similar in different locations a good development should reflect the tone of an existing location if we are to avoid the homogenous feel that you find on every out of town retail park. People are migrating back to town centres because they have a real sense of place, they have accessibility and they are real places. Our role is to see if we can bring new facilities to an area without losing that sense of place.

There is often a lot of talk about developers imposing projects on an area particularly where a strong sense of place exists with its own underlying quality but a good development should take the best of what exists in a community and build on this to produce a new environment which has a real sense of place. In order to develop buildings, we need to ensure that they will be commercially successful and to be commercially successful they need to appeal to as many customers/visitors as possible and provide something that people want.

The most important part of my job is to look at developments from a non-professional point of view and test whether what we are proposing makes common sense to the man on the street. Often designers can get carried away with the cleverness of their design or the purity of their concept but this can sometimes result in a development which is impractical or unattractive to the public and therefore could be a commercial failure.

This isn’t about a back-to-the-drawing board re-imagining of the town. Is it more about reconnecting with the stuff that’s been there all along? It’s spirit? Tenacity? Industriousness? Returning a sense of ownership to the people who use it?

I have on my desk a copy of the outline plan for the County Borough of Birkenhead which was produced in 1947 by the famous architect and town planner, Professor Charles Riley. This document is a fascinating insight on Birkenhead at that time and describes the problems of the area and the aspirations for the town in the future. This was very much “blue sky” thinking which envisaged the development of large areas of new housing in the Conway Street/Price Street areas, much of which was never delivered. What was delivered was the Woodchurch Estate!

The days of back-to-the-drawing-board masterplans are long gone, certainly for towns like Birkenhead which need a series of interventions which could transform what already exists. Birkenhead has many attributes but these are not currently being exploited and the fact is that much of the population of the Wirral do not use Birkenhead Town Centre for shopping or leisure activities and indeed many of the people of Birkenhead itself visit the town centre infrequently.

The 1947 Riley plan makes a few interesting comments which are perhaps even truer today. For example, it said the town has a high percentage of unemployment and that a more balanced local economy is needed and that “the shopping centre in Birkenhead has suffered greatly through its proximity to Liverpool and that for similar reasons it loses the possibility of serving its natural hinterland of Wirral”.

Based upon the above the town may be in a similar position to nearly 70 years ago, but I believe that the wholesale approach adopted in that plan is both unnecessary and indeed unviable and that a series of separate phases of development which build upon the existing benefits of the town will be far more successful within a much shorter timescale.

The people of Birkenhead are pretty resilient and pretty cynical but have a begrudging loyalty to the town and are often its worst critics. What always seems to pervade in Birkenhead is a sense of humour and that is a major part of the character of the people and the place. Birkenhead needs to become a real asset for the Wirral which everyone uses at some time as an alternative to the draw of Liverpool City Centre. 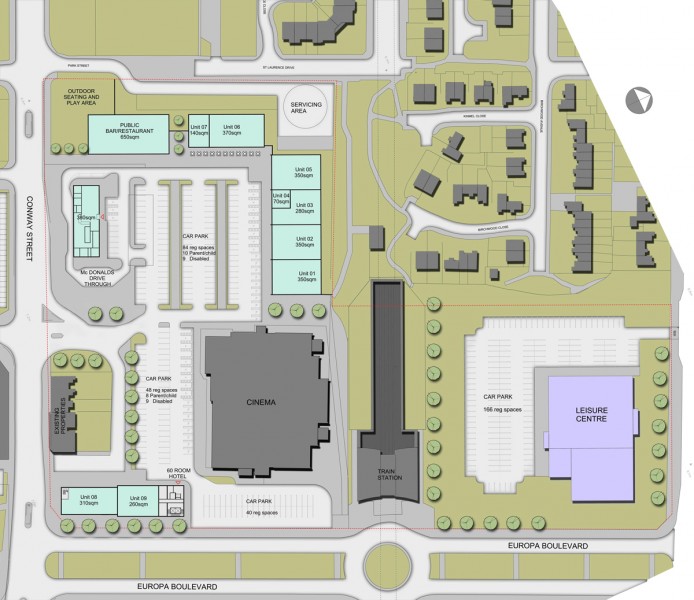 When you look at a project like this, it must be quite daunting. Where do you start? What is the catalyst that informs everything else?

I don’t find looking at a project like this particularly daunting but you do need to believe that what you’re doing is achievable and right. Changing the hearts and minds of people is just as important as the physical development of an area and often it is only when new buildings are developed and older ones refurbished that such a change can take place. Ironically standalone projects in regeneration areas can often present a higher risk to a developer than undertaking a larger phased scheme as there is always a risk that a small scheme may not be successful in convincing both occupiers and users that the location has changed.
There is not a single formula for achieving successful development as there are so many strands to bring together such as occupier demand, planning, site conditions and of course the general economic climate. What works today may not be deliverable in the future and perhaps the most important constraint in development is timing.

Can towns still have a sense of place? And if so, how do you draw that out of them, and preserve it?

Towns need to have a sense of place – that is what they are for. Increasingly people wish to spend their time in environments that do have an urban grain, one that is not necessarily particularly pretty but has a sense of identity and has variety and interest. All town centres have been impacted on by the growth in out of town retail parks and Birkenhead has suffered from both the facilities in Liverpool City Centre and the developments in Bromborough and Cheshire Oaks. That said, I am convinced that given the right offers for both retail and leisure in Birkenhead Town Centre, people will return particularly if the environment is attractive and facilities such as public transport and car parking are available. One of the challenges is to create connections between its principal assets such as Woodside, Hamilton Square, Argyle Street, the Shopping Centre, Charing Cross and Oxton Road which, over the years, have become disjointed elements of the town. Few towns have the physical attributes of Woodside and Hamilton Square which are sadly underutilised. Both need repopulating by day and night.

I have lots of memories of the town from when I was very young including trips to the Old Market and Woodside, going to the Sarsaparilla bar (was it Bob Martin’s?) on Conway Street, not to mention nights out to the Sir James Club and Atmosphere.

What is it about being a developer that most excites you – and in your experience, how does this project rate: amongst having the most potential?

The really interesting bit is seeing the potential of a location and then coming up with ideas for a development based on that initial vision and then hopefully seeing a successful completed scheme and hearing from people that they use and like what we have developed.
I see Birkenhead as a whole as having fantastic potential – the key is getting the people of the Wirral behind it. 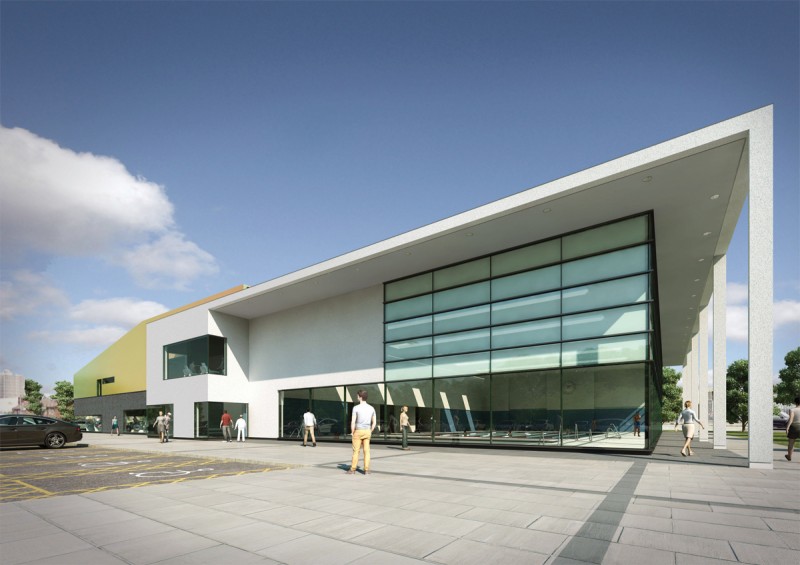 It’s about: Getting started

There are things missing in Birkenhead Town Centre and Europa Boulevard is an opportunity to provide one of them. Ion Developments have been working with Wirral Council to rethink this area and create a new leisure destination and restaurant offer in the heart of Birkenhead town centre.

By relocating Europa pool and creating a new leisure centre and pool, we can make space for a cluster of family restaurants around the Vue Cinema. Creating a vibrant and popular evening leisure destination is something that Birkenhead urgently needs and is the starting point for a much more comprehensive and radical vision to renew and transform the town.

Back to home page